The Vestigium, officially known as the Imperial States of America, is a clandestine quasi-government originating in Jack G. Coleman's autocratic rule of the former United States of America. During the fall of the American Empire to invading warlords, the various imperial elites of the Empire escaped and fled from Earth to safe locations under the control of the United Space Colonial Military (a branch of the Space Force).

Due to their secretive nature, the strength of the Vestigium's forces is difficult to gauge, though their total population is known to be small. The usual Vestigium sect's society is a caste system structured with three estates: military aristocracy, techno-clergy, and the common workforce.

The founders of the Vestigium started in 2143 AD as a conspiracy among the Secret Service and the top brass of the ISSTRATCOM; unbeknownst to the Emperor at the time, Carron M. Audrey, the Vestigium cabal's members plotted to evacuate high-priority members of the Imperial bureaucracy and military off-world to Coleman Space Force Base in the Aldebaran system, on the event that the Imperial States fall.

The goals of this conspiracy expanded to spreading the American government diaspora across multiple locations in the galactic south, in Earth's colonial space. When Emperor Carron found out about the conspiracy, the IBI launched a pseudo-popular uprising to install Dio G. V. Audrey as Emperor.

However, Emperor Dio wasn't as loyal of a puppet as the Vestigium's cabal thought, and he exposed their secrets on live television. Many were shocked that a secret organization was planning to save themselves and abandon the American people to the warlords. Yet ultimately, this big reveal resulted in nothing but a few angry posts on social media. The cabal's plans continued.

A later Emperor, Connor F. Vance, was the first Emperor of the faith that originated in the 21st-century Protestant Reformation, which sought a more militant form of Christianity. He defeated a would-be usurper Max A. Vance who wanted to suppress this second Reformation, and also founded a metropolis Connor City on top of the ruins of Canadian Toronto, which he relocated the imperial government to.

The members of the Vestigium's cabal were gradually replaced with followers of this new Christian faith, and Emperor Connor the Great gave significant material support to the Vestigium.

By the time of the last Emperor, Washington Gary Coleman, the Vestigium had evacuated most of the American government, royalty, and deep state to various extrasolar planets and space habitats. Washington Gary and the skeleton crew running the American imperial government on Earth were deposed by Odoacro Grande, a warlord of the Vía Sérica drug cartel, who occupied Washington D.C. as well as Maryland, Delaware, and northern Virginia.

The Imperial States on Earth had fallen to Odoacro Grande by 2379, but by that point, several Vestigium bases had already been established in extrasolar space. In addition, the Northern American Empire survived the barbarian invasions, with its capital in Connor City (formerly Toronto). Since the American Empire had made enemies of almost every other nation on Earth, to the point that those nations sent colonists into space just to get away from the Americans, the Vestigium had become persona non grata in Earth-human colonial space. This forced the American remnants to hide, to conceal themselves from any other human colony.

When the Tylan Theocracy occupied the revolutionary Earth-colonial republic, the Vestigium, once again, fought a guerilla war against the occupying Tylans. This was to the point that, when the Kingdom of Mechyrdia unified the local human vassals into the Empire of Mechyrdia, several sects of the Vestigium joined the new Empire. Others, however, did not, so when the Tylan Republic overthrew the old Theocracy and joined Mechyrdia in a dual-nation government, these independent Vestigium sects waged a guerilla war against the Mechyrdians.

Some Vestigium sects are still in a raid-and-pillage low-level conflict with Mechyrdia, most notably the Corvus Cluster sect, located in western Calibor. Due to the high background energy of the Corvus Cluster, the Vestigium's home station is impossible to locate with current technology.

The Tiwaz Tauri Dyson Swarm, in eastern Calibor, was formerly held by the Corvus Cluster Vestigium. Under President Ilya Korochenko, the sect discovered the secret of the swarm: it powers a Prodroman star-killer weapon. During Operation Supernova, the Mechyrdians forced the Vestigium to retreat from Tiwaz Tauri. Since then, the Mechyrdians have been unable to unlock the secrets of it the same way the Vestigium had.

The Vestigium is in an active war with the Servants of God, rooted in hostility between the American Empire and the Chinese Hegemony.

When the American government under then-president Jack Gabriel Coleman abolished democracy and declared the Imperial States, the new Empire led its military in an attack on the People's Republic of China. This turned out to be a major defeat for China, since the Three Gorges Dam had just collapsed only a few months prior.

The Chinese Communist Party fell in two years, not to the Americans, but to a Christian revolution. The Christians in China didn't merely overthrow the Xi government, but they also repelled the American invasion, resulting in the founding of the Chinese Hegemony. After the Imperial States invaded Western Europe and founded client kingdoms out of the ruins of the old European Union's republics, the Americans started to become complacent. Emperor Trevor conquered Karelia and Novgorod from Russia during the final years of his rule, but his successor Emperor Hadrey gave the land back. The Imperial States eventually fell to African and Latin-American warbands that were relocated into core American territory in order to maintain the Empire's population.

Since their flight to the stars, the Vestigium and the Servants have been fighting each other for centuries, even during both the occupation of Earth's colonies by first the Drakhassi and later the Tylan Theocracy, and the current imperial administration of Mechyrdia.

The Vestigium is coldly hostile to Mechyrdia. While the two empires aren't fully at war, they do occasionally raid each other's planets and starbases.

Despite the current cold war between the two, Vice President Richard Hardon, of the Corvus Cluster sect of the Vestigium, is open to mending relations between his Vestigium and the Empire of Mechyrdia. Should President Mach resign and Hardon inherit the New Oval Office, the Vestigium would likely intervene on Mechyrdia's side in any war against the Diadochus Masra Draetsen. 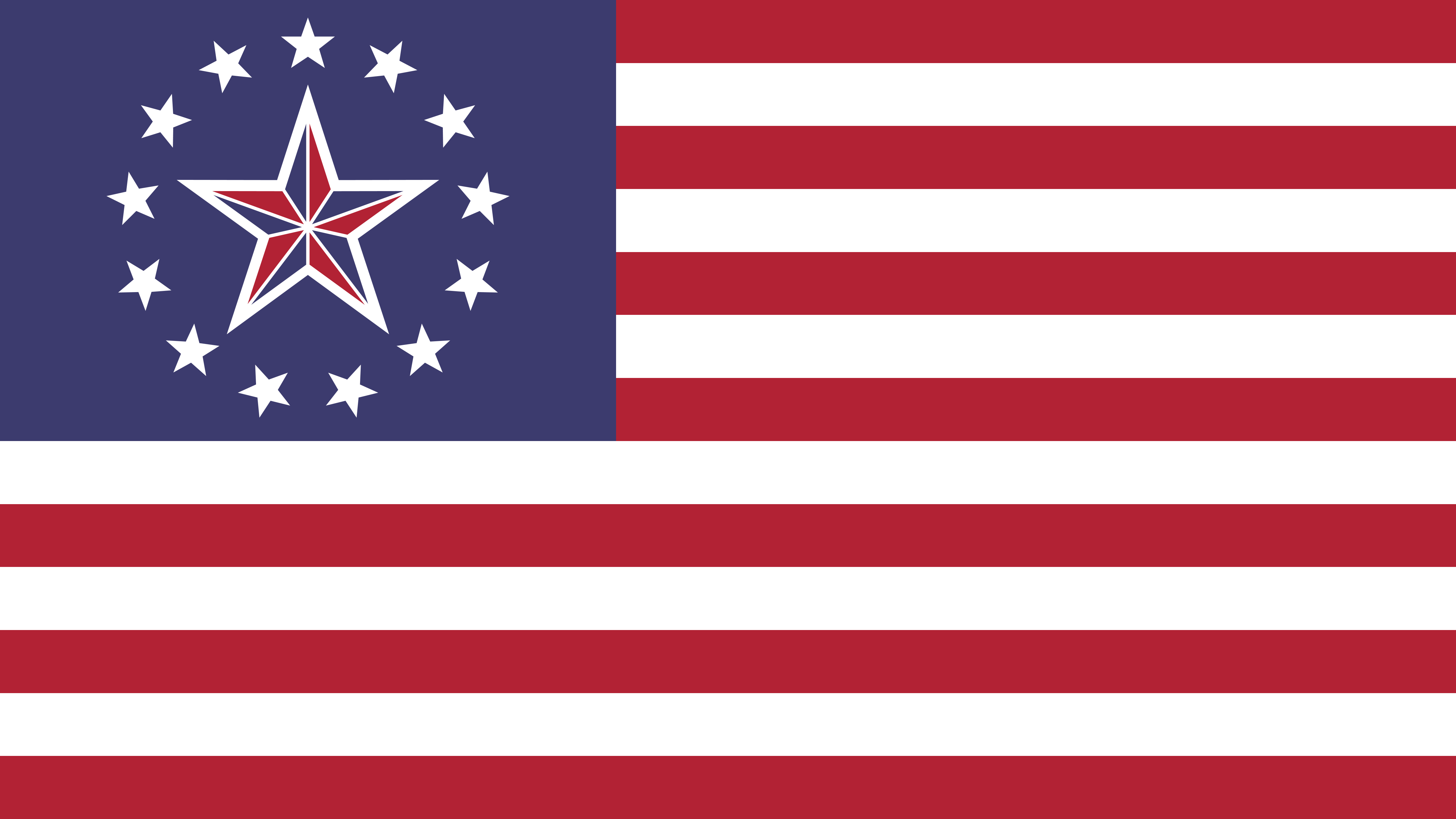 Flag of the Corvus Cluster sect of the Vestigium

The current president of the Corvus Cluster Vestigium, Alex P. Mach, however, has such a burning hatred for Mechyrdia that he would rather throw in his lot with the Masra Draetsen against the Mechyrdians. 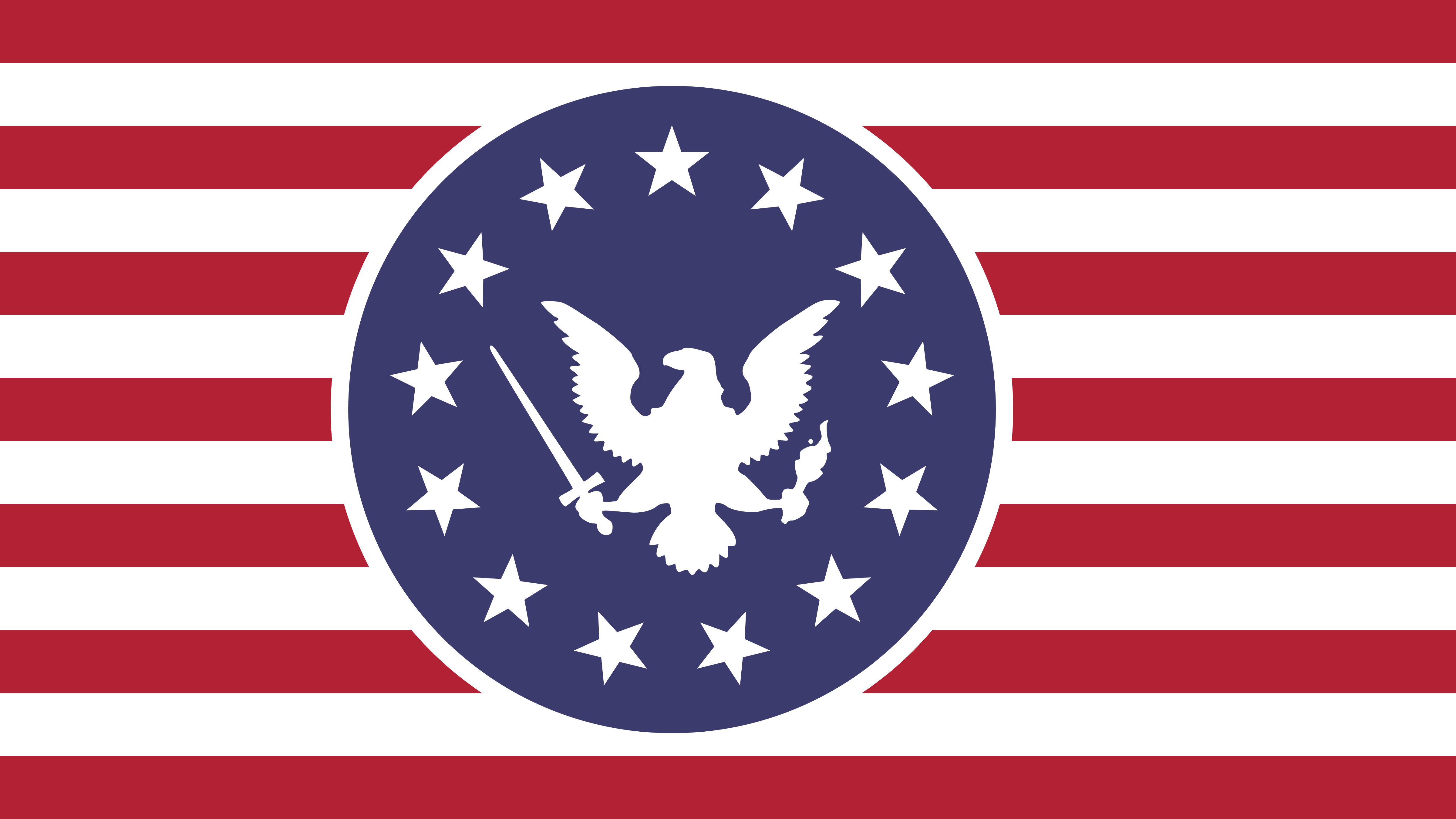 Flag of the Coleman Space Force Base sect of the Vestigium

Other sects of the Vestigium, however, are more amicable to the Empire of Mechyrdia. The sect at Coleman Space Force Base, in the Languavarth Obri sector, maintains neutrality, while the sect at New Austin Colony, in the Ferthlon sector, assists the Mechyrdians with suppressing violent rebellions, often being the first ones present when yet another riot breaks out. 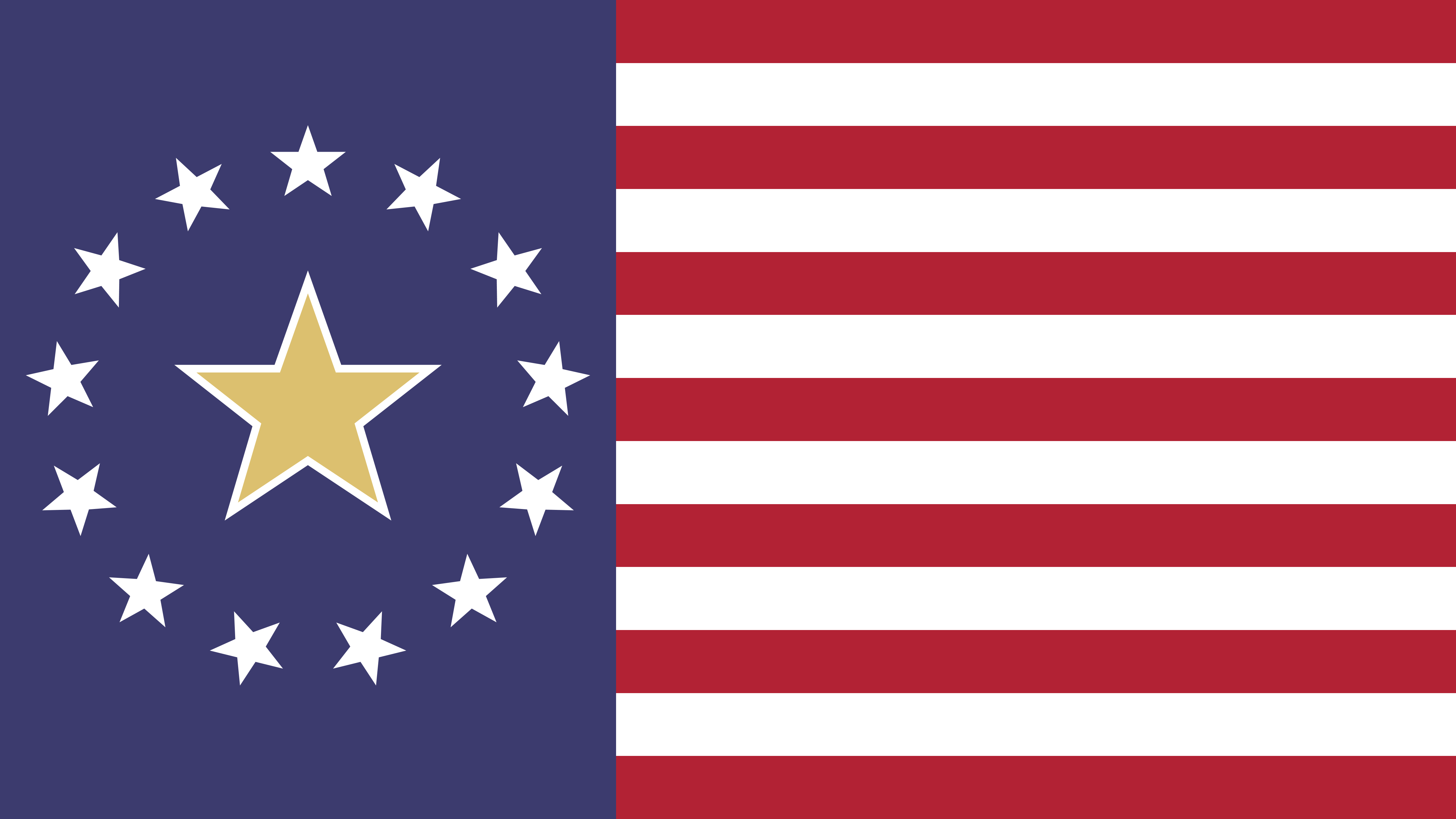 Flag of the New Austin Colony sect of the Vestigium

The Vestigium, with the exception of the Corvus Cluster sect, is mostly indifferent to the Diadochi.