Every Mechyrdian foot soldier has (at minimum) the following equipment:

The Mechyrdian Army's tanks are very advanced, able to hover above the ground, teleport short distances, absorb energy beams/bolts and reflect them, vaporize kinetic projectiles with an energy shield, and hide themselves with an energy cloak. The army's artillery has a far wider range of technological advancement, ranging from catapults and trebuchets that launch positron warheads, to hovering drone-cannons that fire massive bolts of exotic particles.

Mechyrdian fortifications might seem fixed to the untrained eye, but in reality, they are able to teleport within a radius of several kilometers by using an internal wormhole generator. The Army uses schematic printers to rapidly construct these fortifications from matter such as dirt and rocks in the ground.

The Mechyrdian Army is organized based on per-planet Chapters. Every inhabited planet in the Empire has a chapter. Chapters use their own ranks, instead of any centralized Mechyrdian rank system like the Navy has. They have eight Divisions: one veteran, three frontliner, three reserve, and one auxiliary. Each chapter also has a chapter fleet (made up of light ships), a chapter armory, and chapter hospitals. Mechyrdian chapters are coordinated in various theaters across the galaxy and beyond. The following diagram describes chapter structure and command in more detail: 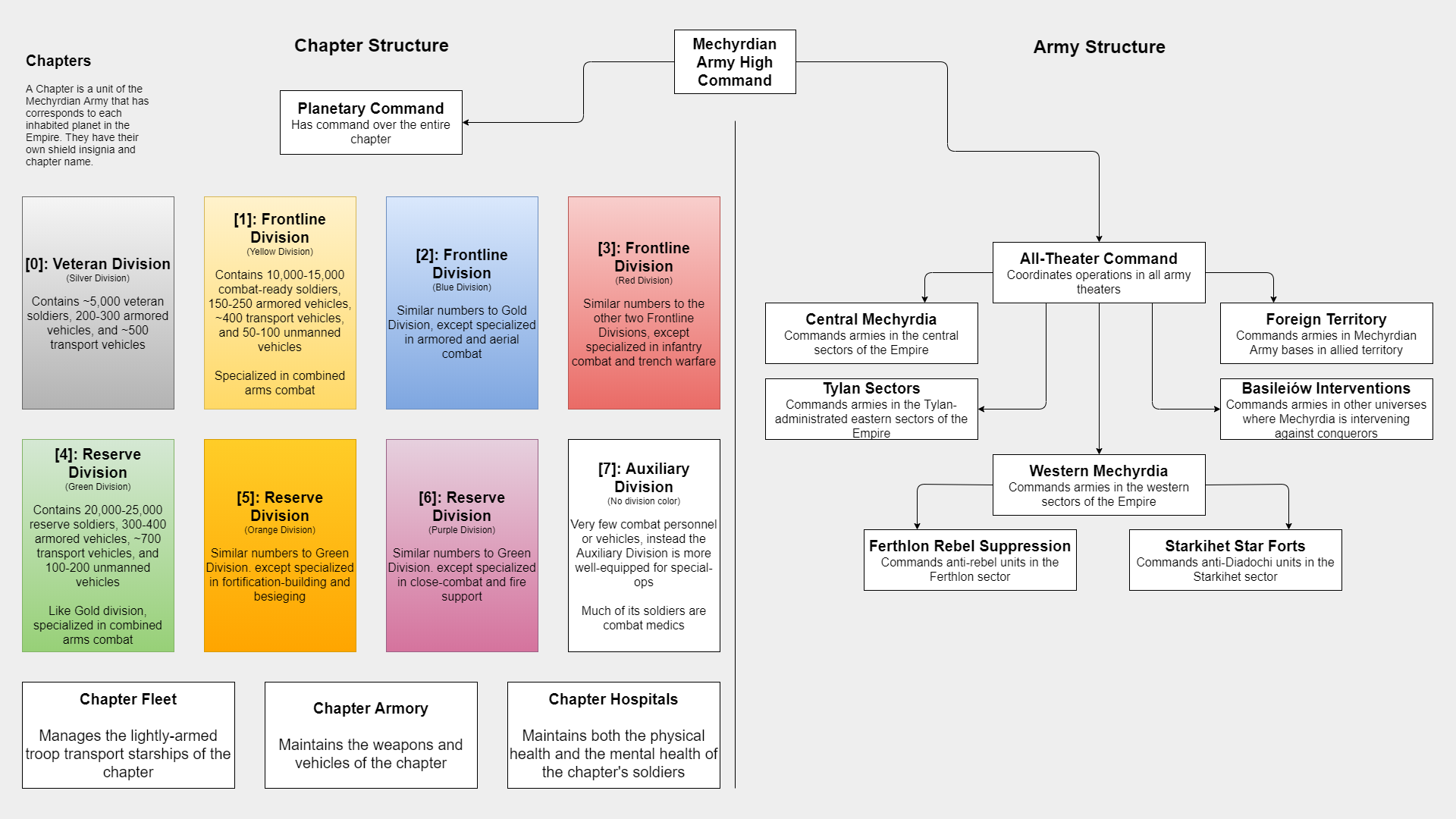