Ogus am-Yuli Khan is the current Khan of the Diadochus Masra Draetsen. Ascending to power after the death of his father, Yuli am-Saret Khan, Ogus turned the Masra Draetsen from a mere nomadic tribe into a genuine khaganate. Having conquered a vast expanse of Diadochi space, Ogus has also made diplomatic approaches to Isarnareykk in the galactic north.

Ogus was the second son of Yuli am-Saret Khan and Mautheyna Dulakaaxi. Yuli Khan was Ogus's predecessor, known for conquering the Diadochus Volcarum, as well as defeating an aristocratic rebellion that wanted to put Kotan am-Sural Porok-Miras, a rival of Ogus, on the throne after Yuli's death.

Ogus was born in the year 192 UC. Unlike most other boys his age, Ogus became quite the intellectual in his early years, having learned much about economics and international relations when he was just 15 years old. Despite this, Ogus was also skilled in combat, having helped to defeat the Diadochus Volcarum in the battle of RB-5354.

During the aristocratic Rebellion of Kotan, Yuli kept Ogus far away from combat, out of worry that the rebels would kill or maim Ogus to ensure that Kotan would inherit the throne. Ogus was disappointed that he wouldn't be able to fight in combat, but was at least glad he could continue with his intellectual studies.

Khan of the Masra Draetsen

Upon Yuli's death, Ogus was made Khan of the Masra Draetsen. On the day after his accession, Ogus began a massive campaign of expansion that would see the Masra Draetsen in control of a majority of southern Diadochi space.

In total, Ogus conquered 87 other Diadochi star-tribes, and has, on many occasions, made clear his goal to make Mechyrdia the 88th tribe conquered by the Masra Draetsen. For now, however, Ogus is content to smuggle chems and contraband into Mechyrdia, while accepting Mechyrdian currencies in the casinos and brothels within the space of the Masra Draetsen or its clients. It is rumored that Ogus helped to facilitate the Diadochus Togatorum's return to cannibalism, in order to make them a vassal of the Masra Draetsen, by sending in one of his agents to supply a batch of real human meat.

Along with his conquests, Ogus has also made several policy changes, despite facing opposition from much of the Noble Council. His first major act as Khan was to abolish the executive authority of the Noble Council, rendering them a mere advisory body. Using the justification of purging rebellious aristocrats who still oppose Ogus's succession to the throne, the Khan has effectively made himself dictator of the Masra Draetsen. After his seizure of absolute power, Ogus's later policies have been more economic in nature, including the following increases in taxation:

The likely reason why Ogus has exempted the aristocracy from the luxury and wealth taxes is to concede to them something that will hopefully prevent them from rebelling against the Khan's now-autocratic rule. Ogus has also made the following increases in his government's spending:

Ogus has, rather notably, not increased spending in the Masra Draetsen currency (known as the sylaph) on his military. The reason for this is because all profits in Mechyrdian Thrones, from any Masra Draetsen business, go to the state. Ogus uses the Throne to purchase weapons, starships, and war technology from Isarnareykk, in preparation for a future conquest of Mechyrdia. This is also the reason why Ogus is subsidizing casinos and brothels, because the Diadochi-run gambling and red-light industries are very popular among Mechyrdian citizens.

Ogus's personality is known for being two-sided. When the Khan opens up diplomatic channels with a foreign nation, usually one with many enemies, he extends the olive branch with an offer of alliance; his demeanor is calm and kind, and he is generous with the material and military aid given to the other nation. Even when Ogus sees a nation as having outlived its usefulness, he doesn't exterminate its people, but rather he makes them honored auxiliaries of the Masra Draetsen, allowing them to keep their culture and customs, while also integrating them into the Diadochus' military and society.

But should any of his subjects defy him, Ogus would go on a rampage, not stopping until a sufficient example has been made. Several star-tribes have been destroyed or massacred en masse after trying to end their relationship with the Masra Draetsen, most notably the Diadochus Capillorum Tortorum, the Diadochus Saxorum Fucatorum, the Diadochus Pedum Atrorum, and even various urban gangs in western Mechyrdia that had once allied with the Masra Draetsen in exchange for support against their rivals.

Ogus's ambition is much more than merely expanding the Masra Draetsen onto primitive worlds and into miniscule star-tribes that are too small to appear on the galactic map. His desire to conquer Mechyrdia stems not from a hatred of the Empire, but from wanting to succeed where the Arkant Horde failed; something that extends into not only his goals, but also his methods. Ogus now is considerably more diplomatic than the Great Khagan once was, able to rally the enemies of Mechyrdia in preparation for a war that will reshape the fate of the galaxy.

Ogus isn't a very political or ideological person, at least not in the traditional sense; the closest ideology to the current ruling policies of the Khan is "progressive autocracy", and even then it isn't a perfect fit. The culture and society of the Masra Draetsen is largely centered around worship of Aedon, the god of corruption and destruction, albeit with structure imposed upon what would otherwise be a chaotic mess by Ogus and his government.

The Masra Draetsen's strategy for their future war with Mechyrdia is to strike at Calibor, the least-defended sector in the entire western border of the Empire. This is something that the Mechyrdian brass knows all too well, yet their attempts to fortify Calibor are rebuffed by the Governess, Ileexie Vyssikah, and the various leftist and progressive militias of Calibor, using both legal and violent force to dismantle any military defenses in the sector.

What the Mechyrdians don't know is that, at the same time, the Khan will sound the trumpet of war and signal for his allies to attack as well: the Diadochus Humilitatum will march on the Mechyrdian foothold in the Ydroun system and attempt to seize the wormhole to Vensca in Tylan space, from which the Masra Draetsen will open another front in eastern Mechyrdia; the remnants of the pagan establishment in the Olympian sector government will stage a coup against Governor Marc Caton and bring a newly-independent Res Publica Olympica to the Masra Draetsen's side.

Ferthlon rioters, who have become increasingly organized in the past decade, will launch an all-out war against Mechyrdian armories, seizing weapons and docked starships, and redeclare a revolutionary Ferthlon Internation that had once been defeated in the Ferthlon Insurrection; the Ilkhan Syndicate, having hidden themselves in the Keinhu Rywzu Nebula, will restore the Ilkhan Commune and overthrow the Republic by a swift incursion into the Ilkhai system.

For the Masra Draetsen to hold Calibor depends on the support of the sector's local inhabitants, which Ogus has plenty of: petty street gangs and drug cartels, organized crime syndicates such as the Res Nostra, and secret societies such as the Freesysadmins; they are all ready to support and enforce the Khan's rule upon the invasion of Calibor. Most of those loyal to Mechyrdia had already fled Calibor due to the sector's policies.

Ogus's victory largely depends on everything going wrong for the Mechyrdians at the same time, in order to ensure that the Empire's defeat is swift, crushing, and humiliating. After conquering Mechyrdia, the Khan plans to attack Drakhaz, the homeworld of the Drakhassi Federation's remnants and the last world in the galaxy to have Sentinel Pylons that contain the Aedon Vortex. Should Drakhaz be destroyed or its pylons be rendered inoperable by other means, the Vortex will begin to expand, eventually consuming the entire galaxy. 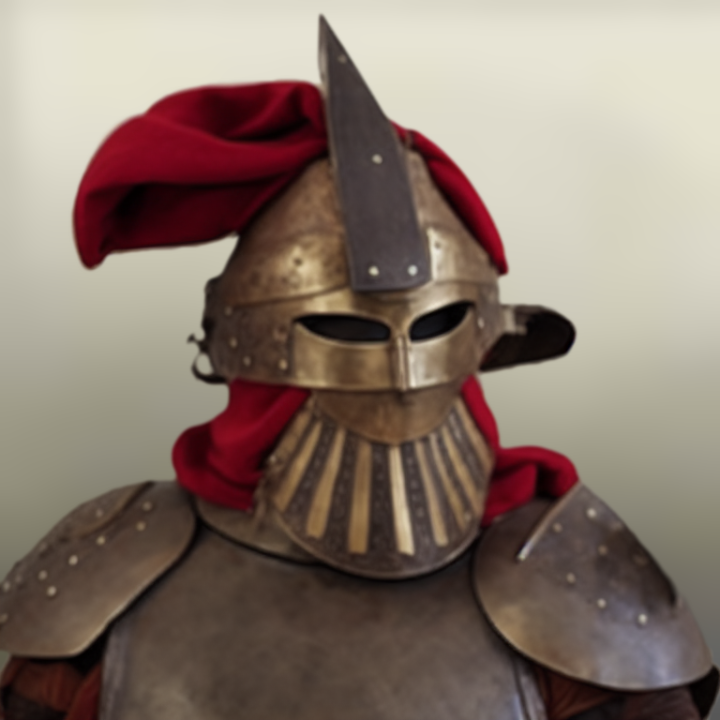 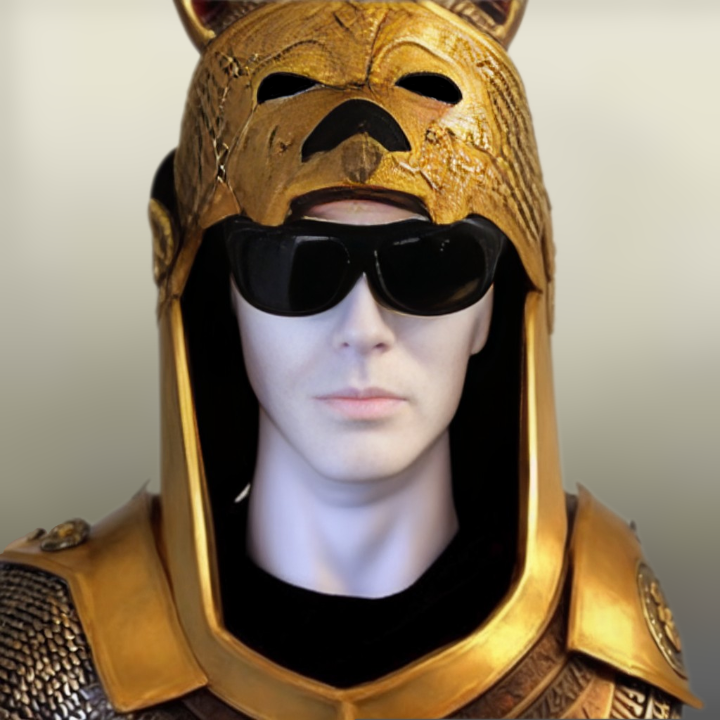 Since his accession to the Khanate, Ogus has sired three children with his wife Andaahti Neterquenta Khanym. Two are his sons Niran and Galik, and a daughter Kloia. Niran, being the eldest son, is expected to succeed Ogus upon his death. Despite being fiercely loyal to his father Ogus, Niran am-Ogus Khan is not nearly as intellectual as Ogus is, preferring physical and military strength over scientific or philosophical thought.

Galik, on the other hand, has the kind of clever, calculating intuition that both Ogus and Niran lack, as shown when he led his forces in a raid on Summit, a casino station under the control of the Diadochus Magistrorum. Since it was a casino, Galik held a lottery, in which most people were crucified, some were beheaded, one was maimed but left alive, and the lucky one, Leo Sperrick, was unharmed and free to go. This incident also shows Galik's sociopathy, as he sees the suffering that he inflicted there as being a necessary and just punishment for their weakness.

Ogus keeps trying to marry Kloia to a suitor in order to make an ally within the Masra Draetsen aristocracy, yet every noble he offered Kloia to has found her personality to be so annoying that the offer was refused.