History of the Arkant Horde

The Arkant Horde existed between the years 138 and 142 UC. Originating in the ruins of the Drakhassi Federation, the Arkant Horde eventually stretched in its greatest extent from the Aedon Vortex in the galactic west to the Mechyrdian Nicólei sector in the east, and to the Varannia sector in the south.

The Arkant Horde emerged from the reunification of the Aedon-worshipping marauders under a single leader, the Great Khagan, whom the Khanate Council proclaimed ruler in 136. The Horde grew rapidly during his rule, as he sent out invading fleets in every direction.

The Horde fell in 142, as the Great Khagan was killed by Mechyrdian Corporal Róman Gawrilówič Štertów, who sacrificed himself by detonating the reactor of the Khagan's flagship. Mechyrdia reclaimed its lost territories, as the remnants of the Horde squabbled among each other, becoming known as the Diadochi. 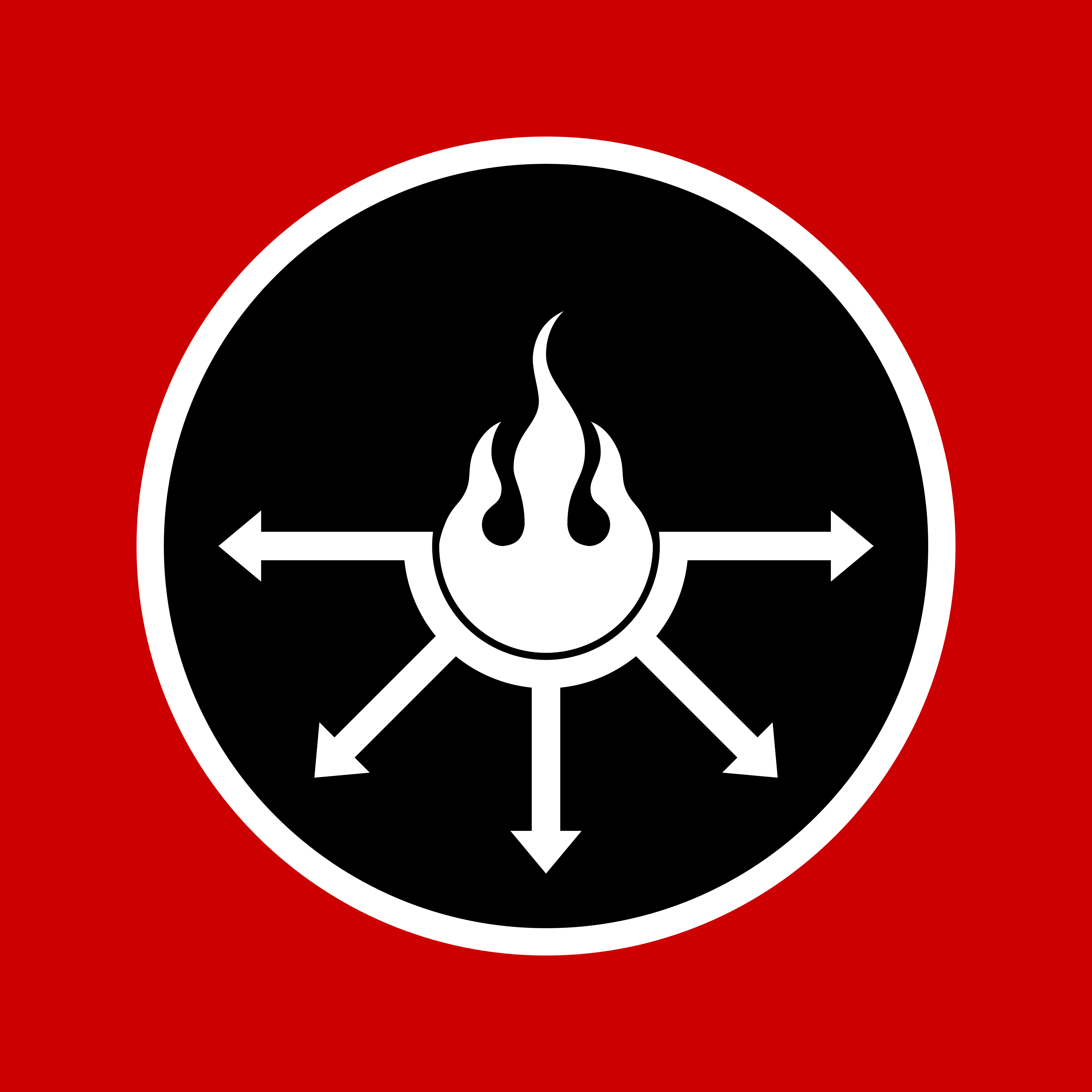 Flag of the Arkant Horde

The Prodroman Realm and the Veil

The Prodroman Realm was the domain of the Prodromans, as well as the first major galactic power. The Realm was known for its mastery of genetic engineering, artificial intelligence, and post-scarcity economics, and eventually for its downfall into degeneracy and debauchery.

Very little is known about the early history of the Prodromans, as their historical archives and databases were consumed by the Aedon Vortex upon their fall. However, it is known that they achieved a post-scarcity economy several centuries before their fall, and that due to no longer needing to work, the Prodromans declined into rampant sadism and hedonism. This descent into sin and vice led to the collapse of the Prodromans, in 9,000,000,000 PC, as their core territories were consumed by a vortex leading into the Veil, a dimension that was created by the Prodromans as an afterlife for their souls to be recycled into new Prodromans. The fall of the Realm created something that can only be described as a god: Aedon (literally means "the breaking", but more accurately translated as "The End of the Cycle"). The Veil transformed from being a peaceful, idyllic afterlife to a hellscape of terror. Aedon consumed all of the souls of the deceased Prodromans, absorbing them into his will, and immediately began producing immaterial demonic warriors known as the Shabanash (translated as "Unbidden").

The Veil wasn't the only legacy that the Prodromans left behind; following the collapse of the central government and the post-scarcity economy, they began seeding worlds all across the galaxy with genetic code, intended to evolve into life similar to the Prodromans. The remnants also created an artificial intelligence, known as the Contingency, programmed to prevent such a fall from happening again, as if it did so the entire universe could very well implode. However, the Contingency went mad, and saw the destruction of all sapient organisms as the only way to prevent the end of the universe. It exterminated the remaining Prodromans, and went into hibernation, waiting for biological life to reappear. To this date, it is yet to wake up.

Without any sapient biological life to feed on, Aedon too went into slumber, waiting to be reawoken by a sufficiently violent event similar to what caused the Prodromans to fall.

The Drakhassi Federation was an alliance of several alien races that evolved on worlds bordering the Aedon Vortex. These various peoples recognized the danger that the Vortex poses to the galaxy, and so they set up pylons on worlds surrounding it to help contain it and prevent it from spreading. These aliens resorted to harsh measures to prevent anyone from falling to Aedon's influence; they established their Interrogation and Intervention Office to root out Aedon-worship wherever it appeared, committing mass executions and enslavements just to preserve their Federation. In 144 PC, the Federation invaded human space and enslaved a majority of the local populace, forcing them to labor for the Drakhassi apparatus of state as helots.

This sudden act of aggression infuriated the Tylan Theocracy to the galactic east, spurring them into action. They declared a war of liberation on the Federation, in order to liberate the humans. Meanwhile, the humans eventually started an uprising among their fellow slaves, and commandeered one of the Drakhassi's planet-killer weapons.

Originally constructed to destroy planets that fell under Aedon's influence, the weapon was turned against its former masters, and used to destroy hundreds of the Federation's inhabited worlds. The destruction of so many worlds had a terrible effect: the reawakening of Aedon, which sent a psionic shockwave throughout the galaxy. This alarmed the government of the Theocracy, which occupied the revolutionary republic, ostensibly to protect it from Aedon, yet in reality, to punish the humans for committing such an atrocity.

Meanwhile, on the worlds surrounding the Aedon Vortex, alien life was being influenced by the Veil. This led to the creation of several marauder cliques, that feuded with not only each other but also outside empires. They sold mercenaries to fight in foreign wars. They raided into both Mechyrdian and former Fulkreyksk space. Eventually, these marauders would be united by the Great Khagan, founding the Arkant Horde. The Arkant Horde began a wave of conquest into the Galactic East, starting with minor marauders that refused to bend the knee, and eventually reaching Mechyrdian space.

The Horde pressed on until they were in reach of the planet Mechyrdia itself. The battle raged, until eventually the Khagan's flagship was destroyed in a suicide attack by Corporal Róman Gawrilówič Štertów. The loss of the Khagan resulted in the dissolution of the Horde into hundreds of feuding Diadochi. Mechyrdia reclaimed the territories it had lost, and began to set up fortifications along the western border in order to fend against Diadochi raids. 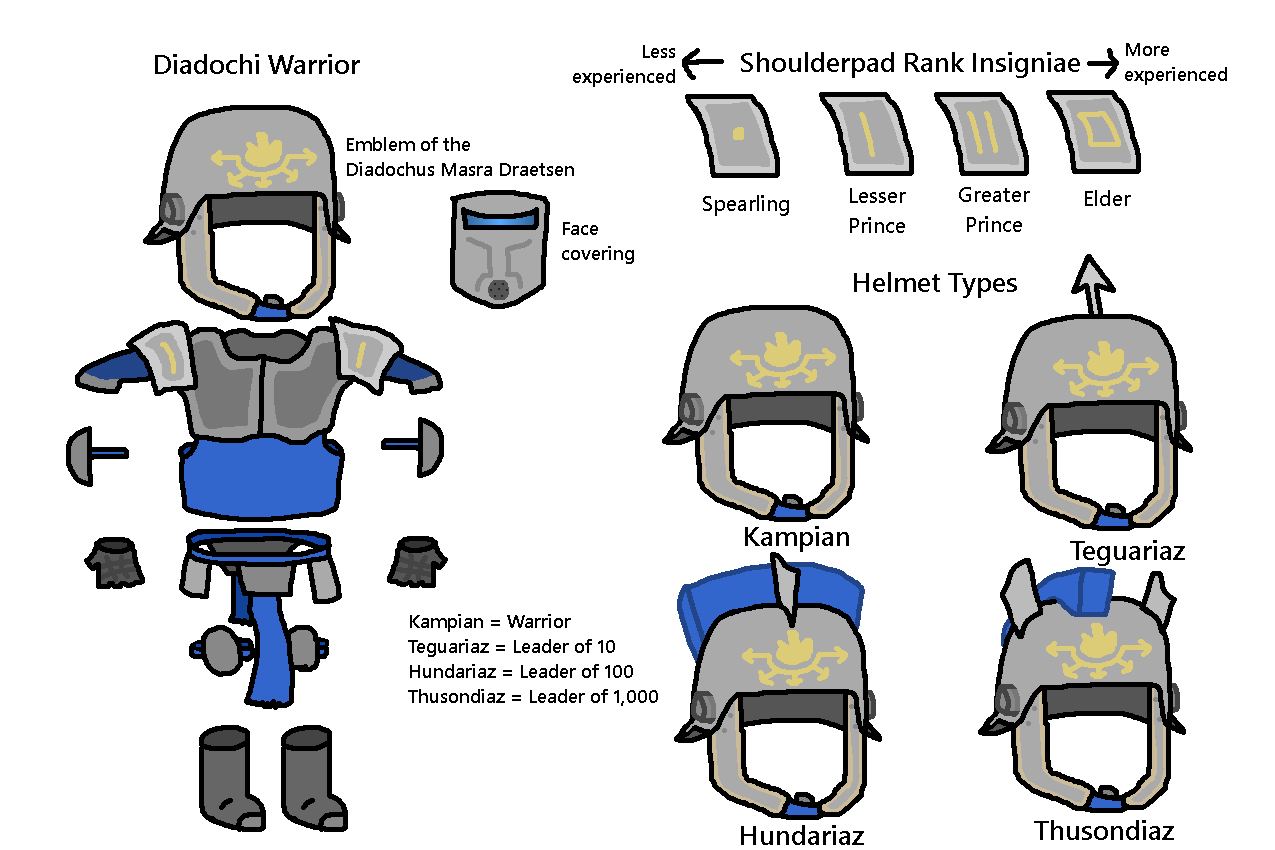 The Diadochi ("successors") are the various remnants of the Arkant Horde. Historically accustomed to arbitrary rivalries and infighting, and a general lack of stability, in recent years one Diadochus has become stronger than any other, and appears to be setting the stage for a reunification of the Arkant Horde: the Diadochus Masra Draetsen, led by Ogus Khan. While Chancellor Basileiów is pushing for further fortification along the western border to prevent the Masra Draetsen from raiding or invading, he is facing opposition by elite politicians who see protection from the Diadochi as being nothing more than national discrimination and a diplomatic provocation. 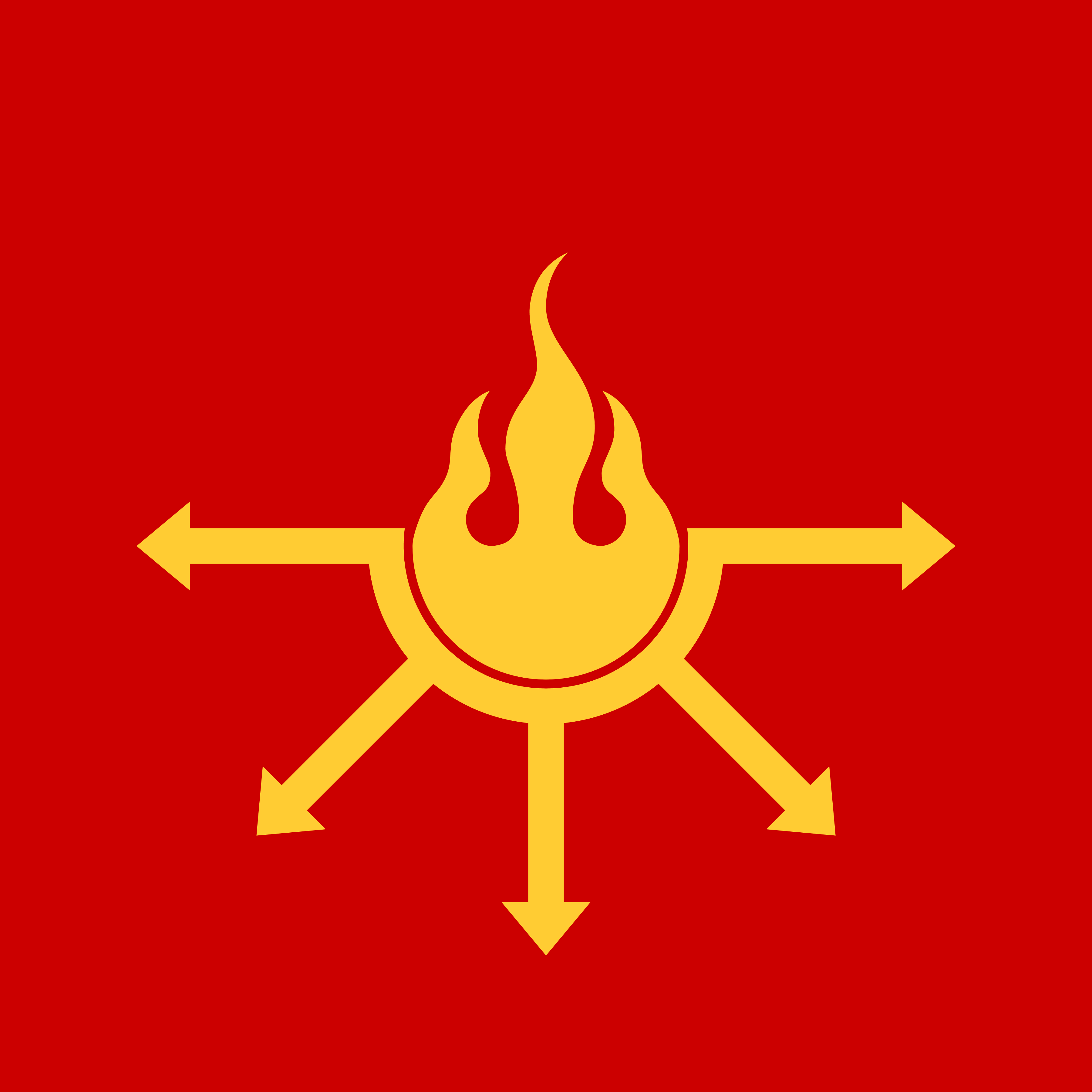 Flag of the Masra Draetsen 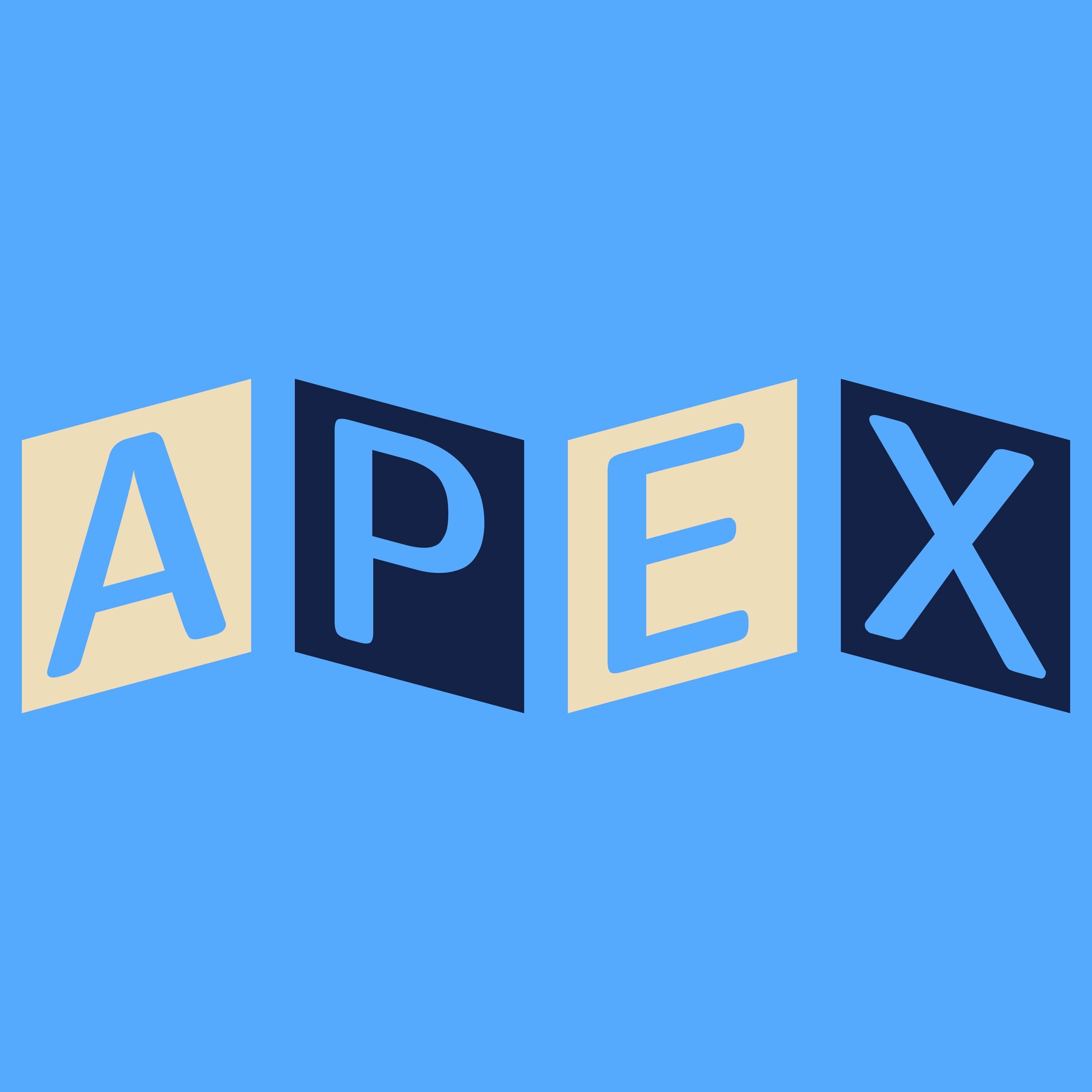 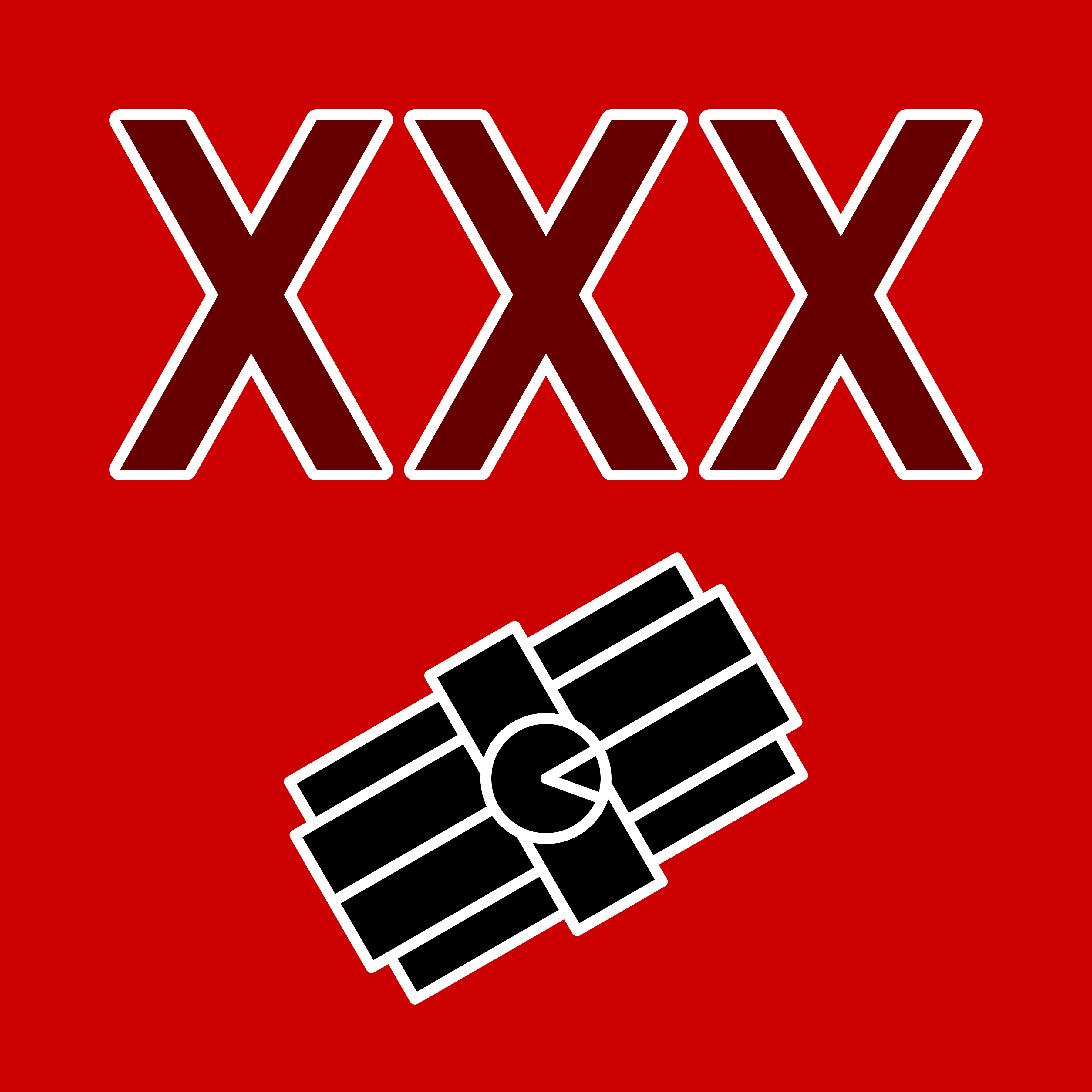 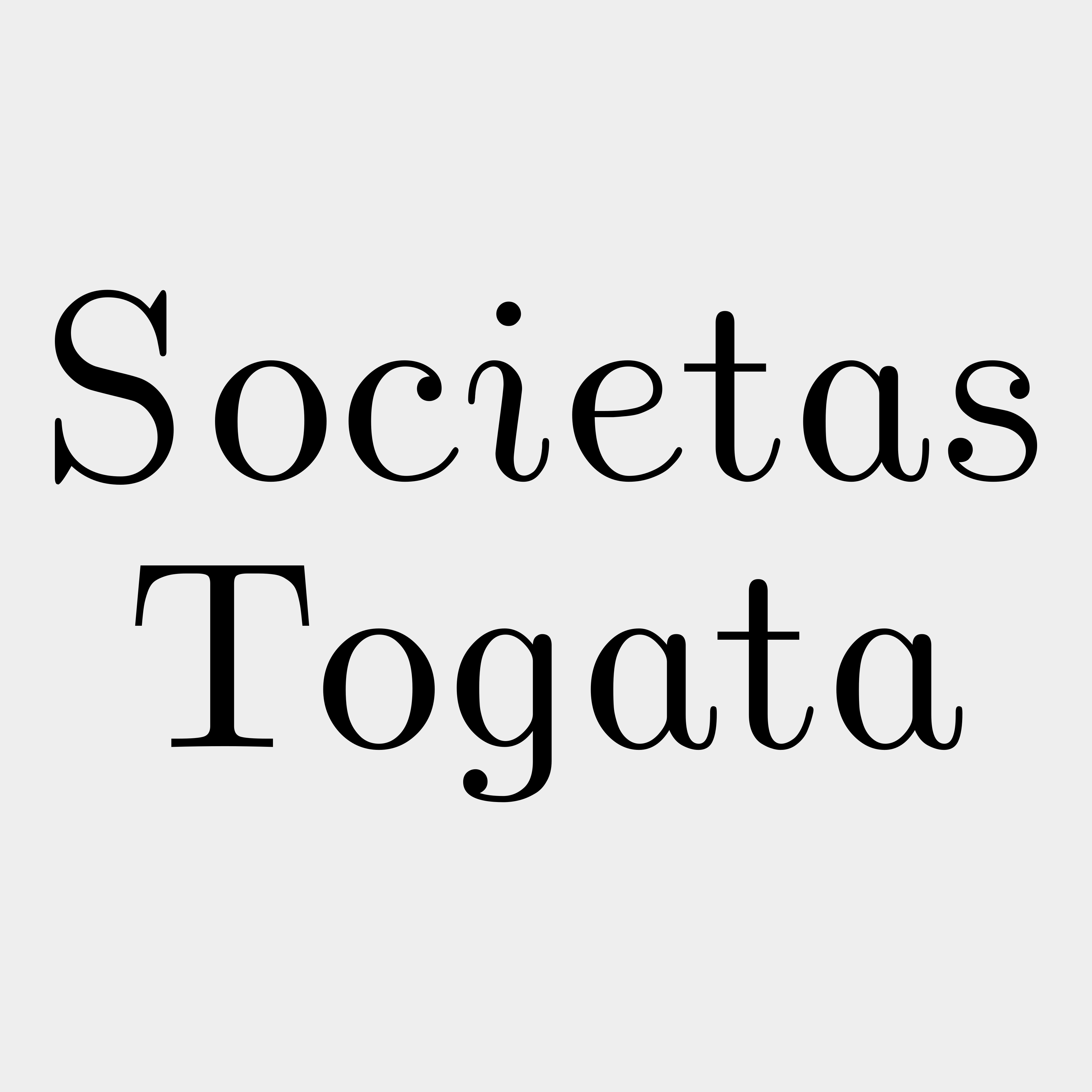 The "Three Civilized Diadochi": the Magistri, Humilitates, and Togati, were turned from barbarous tribals by the Mechyrdian government into administrators of economic zones. The Magistri were formerly known as the Caligati, the Humilitates formerly the Serpentes, and the original name of the Togati was lost to history, but it is rumored that they were originally a cannibal star-tribe.

While they were subservient to Mechyrdian interests early on, in recent years the Humilitates and Togati have formed secret alliances with the Masra Draetsen, with the Togati promising to support Ogus Khan's conquest of Mechyrdia, and the Humilitates planning to strike at the Ydroun system, a Mechyrdian military foothold in Diadochi space. Ydroun has a stable wormhole to the Vensca system, located in the Mestyla sector of eastern Mechyrdia, which makes it a high priority for Mechyrdian defense. 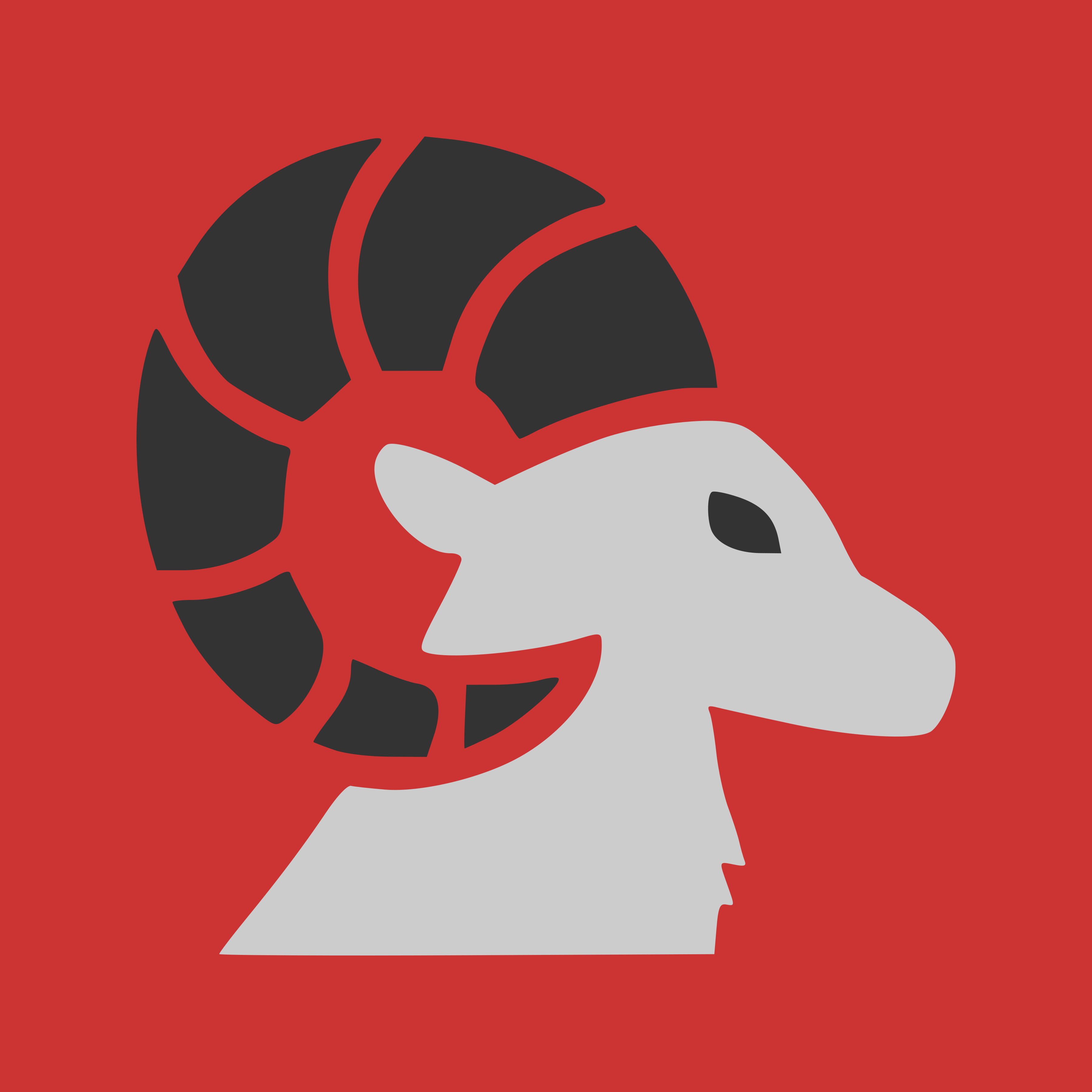 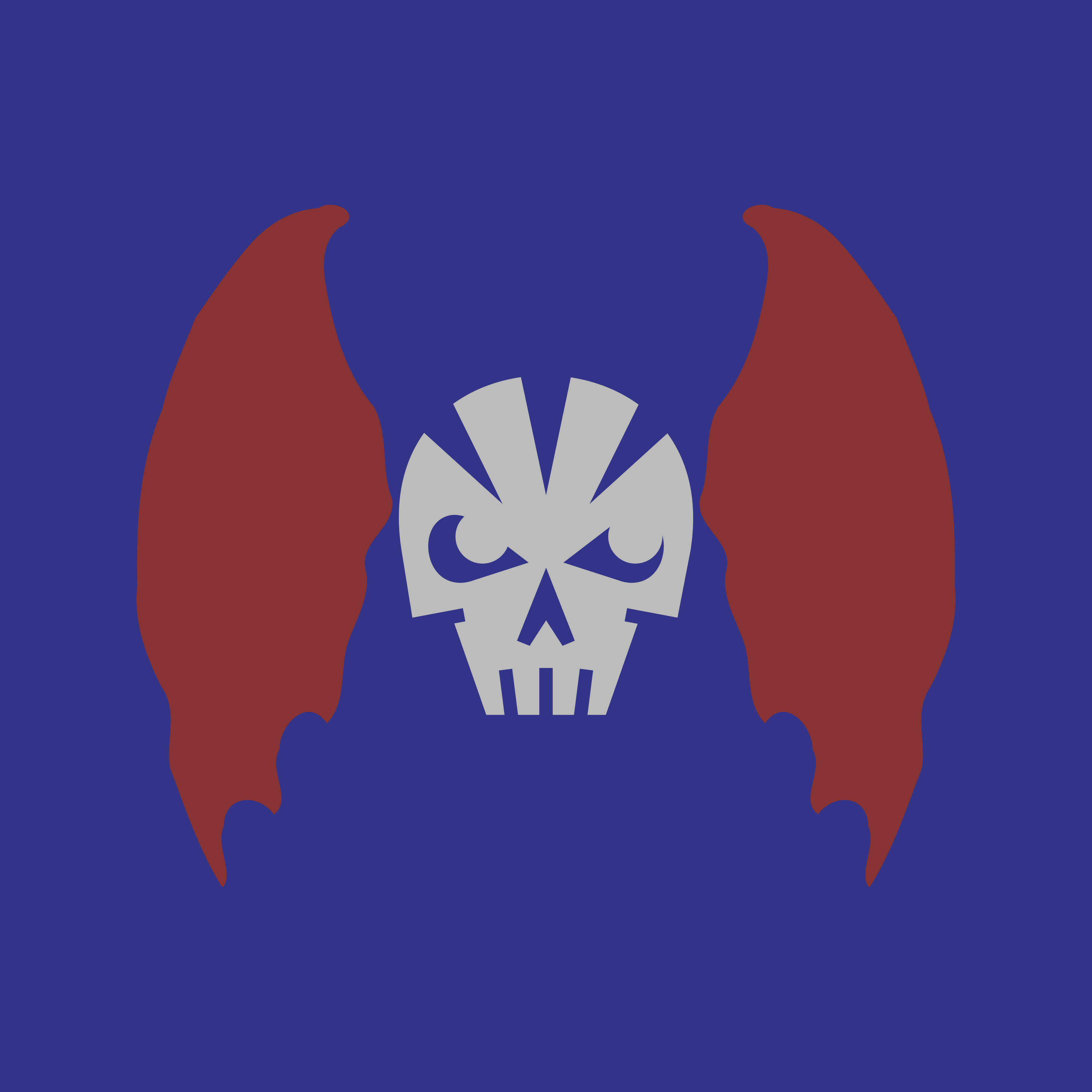 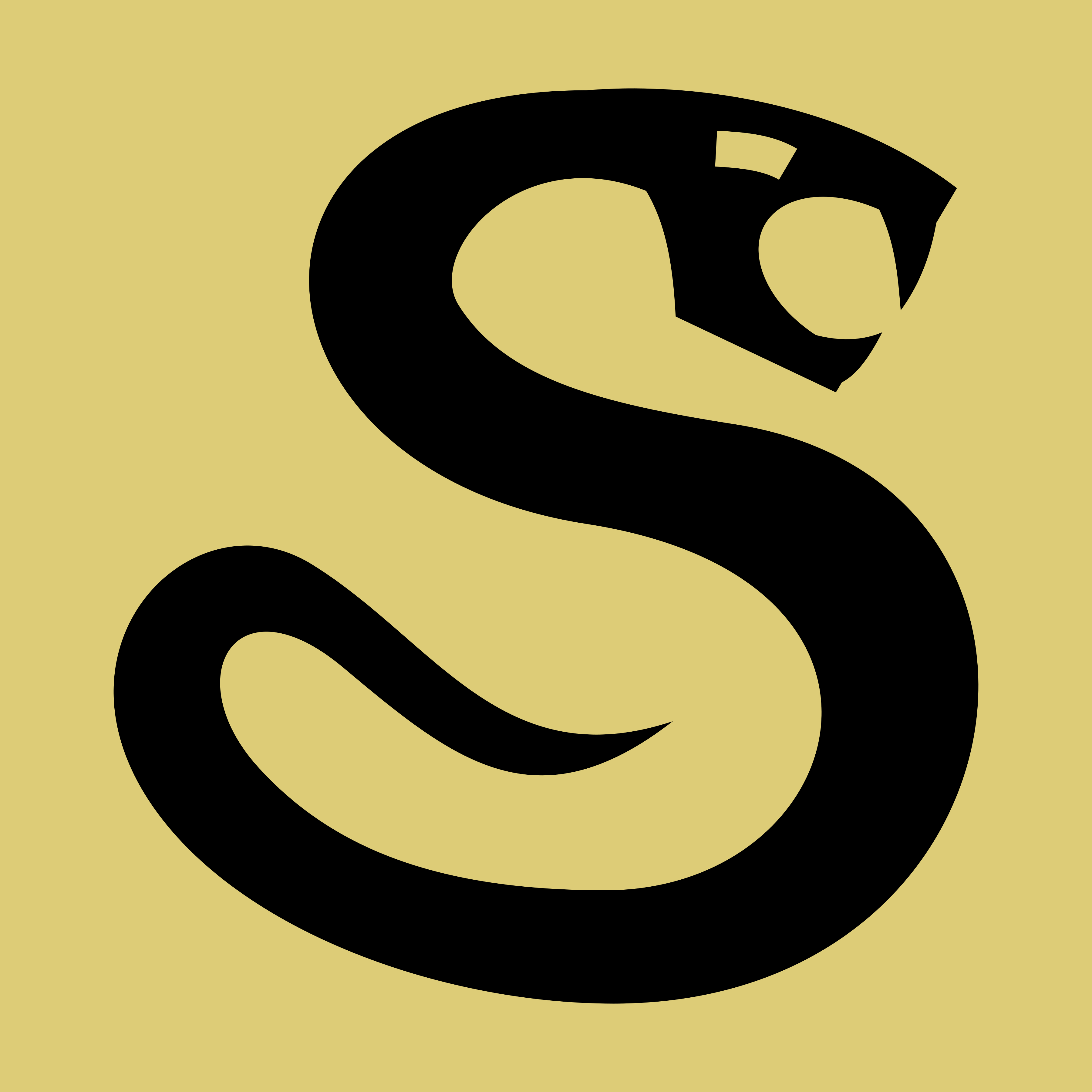 The Diaboli and Viperae are less centralized Diadochi tribes and more agglomerations of feuding clans with common shared cultures - the Diaboli are heavy users of drugs, and the various clans of the Viperae are mostly ruled by the dark religious decrees of Aedon-worshipping shamans. The Noctiferi, on the other hand, are much more centralized under the rule of Father Konrad, who is affectionately named "Papa Kurt" by his subjects. Konrad is heavily pursuant of justice and order, punishing crime against innocent people with an iron fist. However, he too has allied with the Masra Draetsen, since he feels that his people were unfairly harmed by the Mechyrdians during the Aquae Acerbae Bloodbath.

Aquae Acerbae is a nebula in the Vescar system, (named so due to its high contents of water vapor) and it was formerly a hideaway of the Diadochus Noctiferorum before they were forced into exile in northern Diadochi space by Mechyrdian military action. The Aquae Acerbae Bloodbath was the accidental massacre of a civilian starship convoy by Mechyrdian Navy ships: the Mechyrdian forces at Aquae Acerbae attempted to inform Navy Central Command that there was a civilian convoy, but communications were garbled by an intervening bulkspace particle storm, so Central Command ordered the present Mechyrdians to open fire. Unfortunately, by the time Command realized their mistake, it was too late: over one thousand civilians perished in the attack.

The Mechyrdian government has offered financial reparations to the Noctiferi on multiple occasions, but Papa Kurt refused every time. Currently, Aquae Acerbae is the site of a refugee center, operated as a charity by the Dutch Outer Space Company.

The Diadochi's conventions for the names of the people in its space are similar to those of the other cultures of the Galactic South, with a personal name, a patronymic, and a family name. Each person's name takes multiple parts: